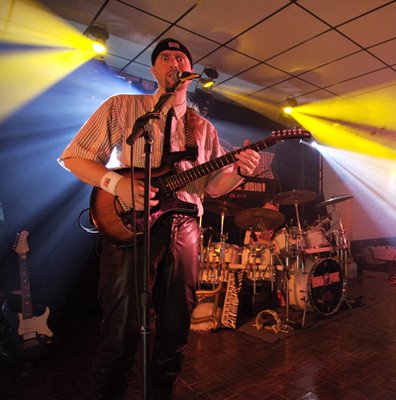 I don't really know if it's TOMMY "TB" TUBULAR's mic or my headset, but sometimes I hear the weirdest stuff with his vocal. Please check the gear thoroughly as soon as you can, because it's starting to make me wonder about my hearing or even my sanity.
Posted by The Devas at 6:30 PM 1 comment:

Why Our Lawyer Kicks Butt and Screech's Lawyer Does Not

Screech's lawyer, on the other hand, is a meanie over in New York and doesn't return his calls and says "don't worry" until THE MAN comes to foreclose on Screech's house and now he has to get Howard Stern to kick everyone's ass because Howard is more powerful than all the lawyers in the world put together. Except for ours.
Posted by The Devas at 5:43 PM 2 comments:

I learned the hard way not to make fun of the Jessbot 3000 when it's breaking down. My advice to everyone in the front row is: if you've been tickling its stylish toenails or demanding to wear the hat, and then it starts to sputter and flames shoot from its head, you've exceeded the limits of its program, and your best move is three big steps back and run.
Posted by The Devas at 12:05 AM 5 comments:

We Stand For Something 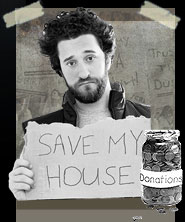 He's in Wisconsin, the land of TOMMY TUBULAR's glorious childhood. He was the most important star of a show that technically started in the 80s, making it our business, and three of us met him at NACA when he was feeling kind of sick but signed a photo for Guido anyway. We gotta take up the cause.
Posted by The Devas at 8:23 AM 7 comments: