Your Cooperation is Appreciated 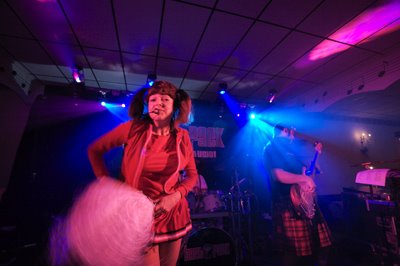 The following is intended as a handy guide for identifying cheats such as lip-synching, card-counting, and shape-shifting. Allegations that The Brat Pack has committed these atrocities, along with rumors of illicit space exploration, abound. I trust that I can count on you, the rock show consumer, to assist in developing documentary and physical evidence to complete an investigation into these matters.

1. Move a little closer to Jesse Van Halen's naked toes. If you do not detect a human foot odor, find a hair and pull. If the unit fails to express discomfort instantly, please contact me at 1-866-444-1980 for further instruction in how to disable the robot which has been manipulated into subbing for Mr. Van Halen. Robots don't smell, but they also don't belong in a rock show. Mr. Van Halen is no doubt sitting outside in his BMW watching "Plan 9 from Outer Space" and eating funnel cakes. He can work for a living just like everybody else.

2. Watch carefully for instances of skirt-lifting among such minor characters as Blondie, Pat Benatar, and Guido Menudo. These moments could indicate relapse into a classic deception, wherein Ms. Lauper takes unfair advantage of Menudo's happy nature and reads a cheat sheet she stapled to his butt during sound check. Singers who can't be bothered to learn the lyrics to the biggest hits of the 80s will be prosecuted to the full extent of the laws of rock.

3. If TOMMY TUBULAR slips into a Japanese-German accent so that words you thought you knew begin to sound like other words you weren't expecting but can't believe he would say, this could mean that he is lip-synching with a pre-recorded disc which has been damaged by Wisconsin cheese. If this is the case, we will assume that TOMMY has become involved with a pet project of certain other members of the organization, and his mind and impeccable judgement have been compromised by exposure to plutonium. He will be granted leniency in any subsequent disciplinary process, perhaps earning a vacation for two to Jamaica where he might reconsider such toxic associations in relative quiet.

4. Everyone knows that no human is capable of playing drums, being scientific, and singing the greatest hits of the 80s all at once. Therefore, if you happen to notice (say, if Guido steps out of the way to catch a falling Red Bull) that someone on The Brat Pack stage is attempting this, step away slowly and run. He could explode at any moment.

5. If Guido appears to be a white guy with a new hair color or style, and if the band is calling him "[something] Dave," you may be witness to an actual transmogrification. Without drawing attention to yourself, snap a photo or video with your phone and send it to me at 1-866-444-1980, but do not attempt intervention. When Guido has taken any of the myriad Dave forms, he is unpredictable and even dangerous.
Posted by The Devas at 4:25 PM 4 comments:

With the information recently obtained from "Uncle Jeff," noted theoretical astrophysicist, we could be a hair's breadth away from exploiting a vulnerability in the heretofore impenetrable space/time continuum. If only we could drag Josh of Seagulls away from his top secret chemistry lab deep in the bowels of Champaign-Urbana, we could probably use his protractor to finish painting the flames on our hotrod spaceship and send GI Joe and his crack commandos on their way!

"A careful reading of wikipedia entries on the topic leads us to this most incredible discovery: 'Most active galaxies are ellipticals and are believed to be powered by a supermassive black hole that are emitting radiation due to infalling material.' Even without subject/verb agreement, this may or may not be open to debate, subject to mediation, and conditioned by variables out of our control."

Uncle Jeff then checked his portable chrondometer, scratched his head, and yawned. 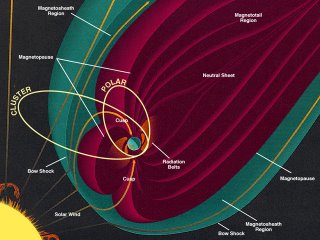 We've been studying awfully hard since someone suggested that our current gig lacks panache, that real is NOT real, that 2 plus 2 equals something we can't even count up to. New Wave Dave and GI Joe resumed their space travel research, feeling out Titania and plotting a course for Uranus. Their hope is to build a craft entirely of gold, aluminum, and hemp in order to blast through the gash in the space/time continuum so they can get to a totally awesome as yet undiscovered galaxy filled with talented hot new life forms. They also worked on their hairstyles and hip hop moves in order to impress any green chicks they might meet there. I had a free consultation with "Uncle Jeff," noted theoretical astrophysict, who notably and theoretically commented, "Why?"
Posted by The Devas at 11:35 PM No comments: