A very early version (late 96 or early 97) of the Brat Pack in classier days. 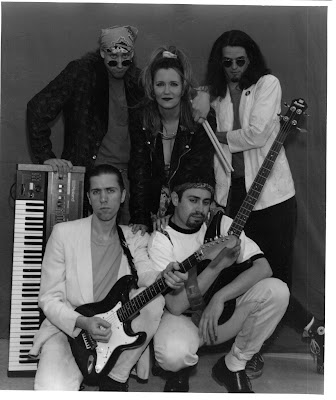 Along with Tommy, Guido, and Jesse, this press photo featured the ever lovely Dawna Madawna and Boi Ian, both of whom might drop by around Christmas if we've been very very good.
Posted by Lynndi Lauper at 4:27 PM 2 comments:

Behold a second version of the second lineup of the majestic Brat Pack, circa 1998 (one of several 'no chick singer' combinations.) 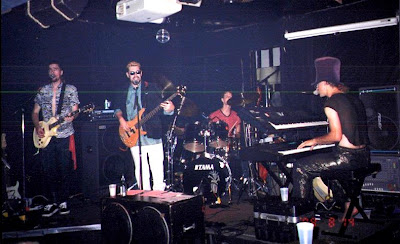 And then behold the mighty five-piece (Tom, Guido, Ian, Jesse, and Andy Lund!!!) with some hotties over at Lizards Lounge in Bloomington later that evening. Maybe things really were better back then. 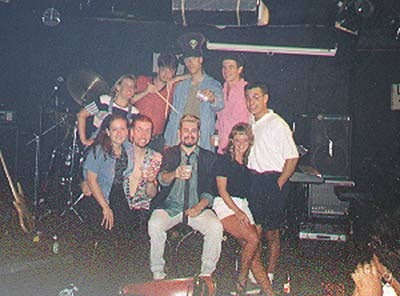 Posted by Lynndi Lauper at 4:13 PM No comments: