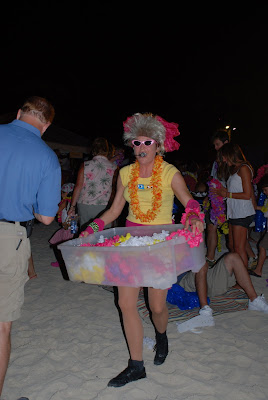 Have I mentioned that we played in the Bahamas? It seems like I meant to tell you but got distracted with something else such as WE PLAYED IN THE BAHAMAS! 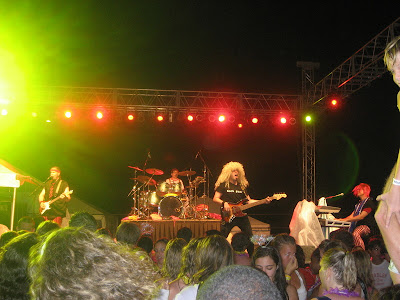 But seriously we did.
Posted by The Devas at 3:02 PM No comments:

The DeLaupers Sure Wanna Have Fun! 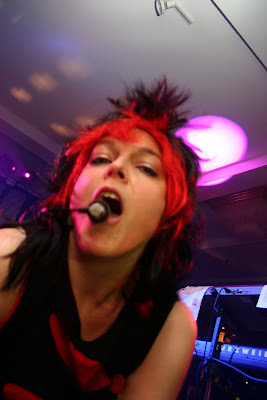 Uncle Jeff, Noted Astrophysicist, sent me a fabulous activity last night. I know you guys think I'm always at the mall with Guido Menudo, but really I like puzzles and dead languages as much as the next guy, this next guy being Jeff de Lauper, Noted Astrophysicist. You can try cracking the code too, and if you want help, click on the links for hints - I know you're going to love it (especially Deanna, crossword puzzle champion of the world.)

How DOES One Do the Jitterbug, Exactly?

This looks very hard. I think we need some practical advice, since time seems to be running out.

P.S. Could we find shorts tight enough and white enough for Tommy on ebay?
Posted by Lynndi Lauper at 11:32 AM No comments:

Management here. I've been silent on this and related matters for many months, the priorities of Management being less blogworthy than, say, whose hairstyle screams "Devo." In addition, a failure to use various time shares spanning the globe might have cost me fluency in several languages.

Speaking of the weary traveller, I was treated to a magnificent act of vandalism upon return to my modest three story, nine bedroom bungalow this weekend. Inside every major appliance, taped to every wall and precious work of art, stapled to the Bichon Frise, and balanced on shelves and doors throughout were photocopies of Wham, George Michael, and Rick Springfield. Many bore handwritten pleas for the Brat Pack to add music by these artists. Obviously this was the brainchild of my idle maid and her illegal cousins. In distress I consulted the fabulous Joliet Jen for technical support on the removal of adhesive from mahogany. I happened to ask her opinion on crossing the Wham Line. Below is her reply, along with a seriously sexy shot of her (the redhead.) 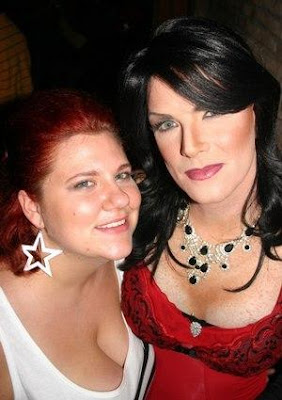 "Really? You're even bothering to ask? Wham is possibly one of the greatest bands of all time, and one half of Wham is probably the greatest singer of all time, Andrew Ridgeley. He's probably the most under-appreciated as well. Oh, and then there was that George guy. Whatever happened to him? Wham is the best. I grew up with Wham n George Michael, my mom is the biggest fan ever. So I say yes to Wham. 'Wake Me Up Before You Go Go' is a super classic. However, I did win a trivia game by knowing the Wham rap video in about 3 seconds."

Besides, who doesn't want to see Tommy Tubular in one of these outfits?

Posted by The Management at 10:37 PM No comments:

Some members of the Brat Pack, influenced by the dark arts and cumin, are ready to take the biggest step of our career - across the Wham Line - breaking the band's most enduring and important rule.

The Bass Players Union threatens a boycott.
Posted by The Devas at 2:04 PM 1 comment: