Uncle Jeff, Noted Astrophysicist, writes to say that he went ahead and read the article by Rosenkranz, Williamon, and Rothwell from Journal of Neuroscience 27(19):5200-6, 2007 May 9. He correctly assumed that we'd never get around to reading it (but would say we did) and sent highlights:

p.5200 "Musicians not only have extraordinary motor and sensory skills, but they also have an increased ability to learn new tasks compared with non-musicians."

p.5203 "These features are compatible with the idea that both motorcortical excitability and plasticity are heightened in musicians. Because some of these changes depend on the age at which instrumental playing commenced, we hypothesize that they reflect adaptation to long-term musical practice."

p.5204 "Indeed, changes in gray matter are larger in musicians who started earlier, and they reflect the choice of instrument, consistent with a causal connection between presumed synaptic growth and the duration and pattern of training."

p.5205 "the number of hours of practice is well known to relate to musical skill"

p.5205 "Our experiments do not directly assess whether increased synaptic plasticity is produced by musical training, as a complex motor task and also a multimodal-sensory and emotional experience, or whether it is a genetic trait of successful musicians. However, some parameters correlated significantly with the age at which playing commenced as well as with practice intensity over the last 5 years."

p.5205 "Although this does not completely rule out any preselectional bias, it seems likely that some of the changes of excitability and plasticity are a consequence of long-term musical practice."

p.5205 "These changes may represent a beneficial adaptation in response to long-term musical training"

That's a lot of science for one day, so you're probably glad I skipped the bass player joke.
Posted by Lynndi Lauper at 3:07 AM 5 comments: 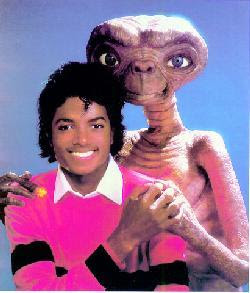 As it happens, one of our Contest Prize Winners is also an accomplished comparative biologist! She submitted this documentary evidence that love conquers all.
Posted by Lynndi Lauper at 9:49 AM 3 comments:

Injury of the Week: We Forgot Our Own Anniversary!!

Wow. When we turned 11 on October 1, outlasting even the 80s, we completely spaced it out because it happened on a Monday! Everyone knows that for musicians, Mondays don't exist.

We got back on the My Little Pony when we suddenly remembered our anniversary 5 days later and decided it wasn't too late to give ourselves flowers and candy and a good old fashioned whippin.
Posted by Lynndi Lauper at 10:16 AM 5 comments:

Maybe I should blow something up

Hmmmm. Maybe I'll blow some stuff up (very legally) on Tuesday, October 9th, in Crystal Lake Park in Urbana, Il, at around 8:15pm.

Time for a Picture of Tom and Me in Matching Hats?